Update on a Former Client of UBS AG Bank in Switzerland 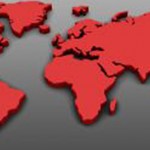 As you probably know and understand, the wheels of government are slow, methodical but exacting. It has been several years now since UBS settled with the U.S. Treasury. Part of the settlement was to provide the U.S. Treasury with names of Americans with UBS bank accounts. This brief article is now an update on one bank account holder, Gabriel Gabella, who now has found no alternative but to plead guilty to not disclosing a foreign bank account on his tax return, Federal From 90-22.1.

Mr. Gabella’s plead was in Federal Court in which he was prosecuted by the Federal Department of Justice, DOJ. If you are questioning why his tax violation was elevated to the DOJ, please see my earlier articles on this procedural aspect.

The plea was to a felony conviction beginning with the concealment of his ownership of a Swiss UBS AG bank account from the United States by willfully failing to file a Report of Foreign Bank and Financial Accounts (FBAR). Mr. Gabella was facing a statutory maximum of five years’ incarceration for his crime. However, he was very fortunate to have negotiated by his lawyers with an agreed plea agreement to pay a civil penalty of $3,140,346, which is 50% the value of his unreported Swiss bank account in 2007 based on his agreed willful failure to file the FBAR. He also agreed to make restitution of $239,012 to the Internal Revenue Service for federal income taxes he failed to pay for 2005, 2006 and 2007 by intentionally hiding his ownership of his UBS account from the Internal Revenue Service.

The basic rule that Mr. Gabella plead guilty to is when you are a United States citizen, Green Card Holder or a U.S. tax resident, see my prior articles to determine if you are a U.S. tax resident based on the number of days you have been in the U.S. over any three (3) year period you had financial interest in, or signatory authority over, a foreign financial account worth more than $10,000 in a particular year, then you must file a FBAR report with the Department of the Treasury disclosing such an account by June 30 of the following year. Remember, there are no extensions allowed to the one-time filing deadline of June 30.

If you knowingly fail to file a complete and accurate FBAR or “Those who willfully conceal assets abroad will be investigated and prosecuted, and those convicted of such conduct will not only face imprisonment but significant financial penalties as well,” stated United States Attorney Lynch.   Currently, the old form 90-22.1 has been supersedes with FinCEN Form 114, which can only be filed electronically and no longer by mail and another form to file may be required.   So note, the reporting requirement for Form 8938 is separate from the reporting requirement for the FinCEN Form 114, Report of Foreign Bank and Financial Accounts (“FBAR”) (formerly TD F 90-22.1). An individual may have to file both forms and separate penalties may apply for failure to file each form.

The DOJ and IRS are aggressively pursuing these failures to file. Just the cost to defend yourself will be in the thousands of dollars and you very well may end up agreeing to a plea to avoid statutory jail time and asset forfeiture. Don’t think that the DOJ or the IRS will give you any relief for your age, since the Defendant, Gabriel Gabella, was age 73 at the time of the plea agreement. If you think that you have missed filing past tax returns and/or the foreign bank account forms 90-22.1, FinCEN 411 and/or 8938; please call us for a private conversation of your concerns and what alternatives are available to you.

Previous Post Now is the Time to Face the Question, Do you have a Foreign Bank Account?
Next Post Streamlined Guidance Under the Voluntary Disclosure Programs of FATCA